STUPID LAWS ON THE PRISON PLANET: 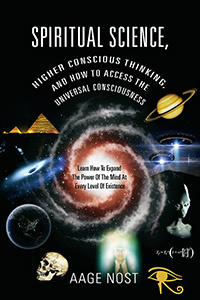 IT IS OBVIOUS THERE IS NO FREEDOM ANY MORE.  The lawyers have destroyed the planet.  Half of the lawyers in the world are in the United States. They are the ones making the laws.  That is also why 2 % of the American population are in jail or on Probation.  One out of 32 people {including man - woman - and child} have been in jail in the United States.  Everything we do is regulated by law.  When we can not feed the homeless without a government license, something is wrong.  When a man can not go fishing in his own river which flows across his land, without a Fishing License, something is wrong.

Stupid Laws have been around for thousands of years, and many of them are still on the books - - as these ones:

1.   Illinois State Law requires a man's female companion to call him "Master" while out on a date.  This Law doen not apply to married couples.

2.   In Topeka Kansas it is illegal to serve wine in tea cups.

3.   In Baltimore Maryland it is illegal to take a lion to the movies.

4.   In Carmel New York it is illegal for a man to be seen in public wearing jacket and pants which are not amatching.

5.   In Oklahoma it is illegal to have a sleeping donkey in the bath tub after 7 p.m.

6.   In Tennessee you can not be elected to public office if you have been in a duel, or do not believe in God.

7.   In West Virginia it is illegal to taunt someone for not accepting a duel.

The United States is not the only "Home of the Stupid Laws".  Here is one from Russia:

8.   In tthe 17th Century, Peter The Great of Russia wanted to westernize Russia.  In the west, people did not use to wear bairds at that time.  Russian Noble-men and others liked to wear long bairds.  So Peter the Great ordered all "Courtiers", Military and State employees to shave their bairds.  It was implemented across the nation.  For the ones who did not want to shave their bairds, he instituted a "Baird Tax" of 100 Rubles per year.  Only poor people were exempted.

So, what does all this tell you?  There is a saying: "All that Good has to do for Evil to succeed, is NOTHING".  Start by reading the book to the above and turning the TV off {at least sometime}, think, visualize good things in the future, and learn to say No, and regain your MIND.