IMMORTALITY? SCIENCE SAYS IT IS POSSIBLE - AND SIMPLE 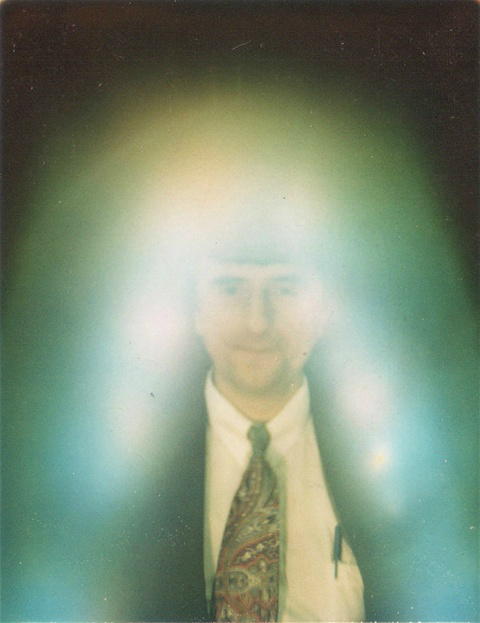 IS IMMORTALITY POSSIBLE?  Well, medical science says it is.

Did you know that in 2009, the Nobel Price was given to three doctors for the discovery of an Enzyme that Reverses the Aging Process?

This Blog may be a little long, but it can be one of the most important pieces of writing you will ever read.

IMMORTALITY,  what is it?  I think the definition is something like: "Not ever die".  If it is available to you, would you even want it?  Many of us are tired of life already.  Can you handle another hundred thousand years at your job?  Immortality is not for everyone.  What about just a long healthy life without disease and boredom?  It is very possible.  I am an example of that.  I have never really been sick (except for some very well deserved hangovers in my misspent youth), and I have more energy than most people one third my age.  I am 71 years old.

We now know what causes aging and dying.  The body get stuck with old dried out and dead cells that are not being flushed out and not replaced.  That is happening because the Telomeres at the end of the Chromosomes are shortening a little bit every time the cell divide. When the Telomeres are getting so short that they are no longer able to hold the ends of the Chromosomes together, the Chromosomes are starting to fray and no longer stay together.  This causes the cell to not be able to replicate itself, so you get stuck with the old dried out cell.  Whe we have enough of this Enzyme, the Telomeres are not shortening and the cells of your body can replicate themselves.  If we have enough of this Enzyme called Telomerase in the system, which the body normally does not have as we get older, the Telomeres at the end of the Chromosomes can in fact get longer.  That is reversing the Aging process.

I willl get into the medical science and what you can do to extent your life drastically later, but first you need some background.  It is obvious that humans have the capacity for old age.  In the 1930's, the magazine: "National Geographics" went down to South America and visited a tribe in the Andes Mountains, by Lake Titikaka, where many of them were over 130 years old, and some much older than that.

In the mid 1950's there was a Chinese university profssor which came to New York on a cultural exchange program between government.  One evening he went out with some colleges for dinner, got food poisoing, and died.  When he got to the morgue, they went through his paters / passport, and the Coroner called the Ambassodor and told him there was something wrong with this man's papers.  It looked as he was 154 years old.  The Ambassodor told the Coronor it was correct.  The Professor was 154 years old.  The Coroner asked the Ambassodor: "How can that be"?  And the Ambassodor told him the Professor did not think he could ever die, and he only ate Chinese herbs and berries.

I have found another Herbalist and Chinese Martial Art Master, which according to Chinese government documents, are 256 years old.  There were records of Mr. Li Ching Yuen birth, a letter of congratulations from the Chinese government on his 200th Birthday, and one on his 250th Birthday.  He was teaching Martial Arts to the Chinese military all up to his last days of his life.  He died because of an accident, not because of old age.  One of Li's students, Master Da Liu told the story that when Li was 130 years old, he had met a hermit in the mountains who was over 500 years old, and started to learn from him.  He was taught a form of Qigong.  This involves breathing exercises, movements, sounds, mind exercises, and herbal and dietary regiments.  I will think these two Chinese gentlemen had a similar lifestyle.  I found what the 154 year old man ate, and that is one of the big reasons for his age.  It was: Lingzhi - Goji Berries - Wild Ginseng - He sho wu - Gotu Cola - Jiaogulan herb (called the "Immortality Herb" in China) - and probably the most important one: Astragalus.  There is one missing, or at least should be part of it for us in the west: Cayenne Pepper.

In the "Kings List" of the Sumerian tablets, they speak of people who were around for tens of thousands of years.

I have a document produced by someone at the Genome Project.  I got it from a friend at the helm of the program.  The title of the document is: "The Problem Of Human Mortality Has Been Solved".  In there, they explain there is a succession of genetic markers that allows for aging and death.  They explain aging and death is a function of 3 things, and the technology to correct this is here today.

1.  There is a genetic defect.  That can be corrected by Genetic manipulations by both genetic engineering (gene theraphy) and by the mind.  There is a new Science coming on line now, it is called: "Epigenetics".  That involves that we can turn on and off Genetic markers at will by the way we think.  Many Medical Experiments have proven this to be effective.

3.  There is a Mental Disorder.  This will disturb a few people, but the mental disorder is - - - Religion.  I believe there is something to this.  Look around you and see what Religion have done to mankind.  Some would say, "How can religion cause you do die"?  Well, besides the Beheadings and all the religious wars, we are told that when we die, we will be going to a better place.  When we get older, frail, sick, suffering with pain everywhere, and bored of life, this "better place" start to look pretty good.  The Subconscious Mind start drawing you towards it, and the physiological processes in the body will adjust and comply with the Subconscious longing for that "better place".  And there you go - - - .

And than, there are these three doctors who was granted the Nobel Price in 2009 for discovering an Enzyme which will (not may) reverse the Aging process.  Check it out for yourself.  Go to the Nobel Committe web site.  Scroll down to "Medical Submissions".  Scroll to 2009, and read it.  I have read these papers, and many other scientific papers on it, and in there it states, one place:  "If people had enough of this enzyme, there would be no reason why anyone would ever have to die from old age any more".  Think of it.  If the Nobel Committe had found anything wrong with that statement, they would have rejected the whole paper.  The name of the Enzyme is: TELOMERASE.  There are two ways to do this.  You can buy the Enzyme, and it very expensive.  There is another way which is really cheap.  Medical research show that the best way to do it, is to take supplements which will help the body to produce the real original Enzyme by itself.  I write very extensively about this, and explain how this can be done in my book: "Spiritual Science, Higher Conscious Thinking And How To Access The Universal Consciousness".  It is available at www.Amazon.com under my name.  There is also another book which I found two years after I wrote mine.  It is a compilation of medical research showing that the mind and that Chinese herbs can do the same.  The name of the book is: "How To Reprogram Your DNA For Optimum Health".  On page 99 they explain that if you take Astragalus in large doses, it will have the same effect as if you were taking the Enzyme called "TA-65", in Pharmacutical form.  In my research, I have found medical research coming from Germany showing that if you take Astragalus and Wild Ginseng together, and powdered Black Pepper, it will give you a multiplying effect, and be many times more effective.

So, let me tell you what I am doing.  I take one heaping Tea Spoon of Astragalus in the morning - one in early afternoon - and one late evening, every day (I buy it by the pound, and it comed to about $16 / lb and that lasts over a month.  I take Korean Ginseng (9 - 10 capsules / day), Jiaogulan Herb (3 capsules / day). I will probably double the dose of the Jiaogulan Herb next time I order.  I also take: One Teaspoon of Bee Pollen - Selenium - Gotucola - Sulforaphane - Trace Minerals - Bioperine - flax Seed Oil - Lecithin and 5 drops in the morning and 5 drops in the evening of LUGOL'S Iodine.   And of course, I take an even tea spoon of Baking Soda per day, so I keep my body Alkaline to about 8 PH.  We know from hundreds of medical research papers that a Cancer cell and virus can not live in an Alkaline body of 8 PH.   I also eat mostly Raw natural Foods (at least 50%) every day. I am happy with the results, because I see changes, I feel good, have a lot of energy, wrincles going away.  I am looking into what I can do with my diet to make sure I can get ALL the Nutrients, Minerals and Enzymes I need for the body to be able to rebuild itself.  I will write on that later.

I have researched this quite a bit, and I have found that the best and most reasonable place to het herbs from is: www.pipingrock.com  in the USA.  If you use my Discount code, you will have a 10 % Discount. The code is: AAK6NP

I hope you enjoyed reading this as much as I enjoyed writing it.

priceless and so relevant, the info
that you offer.