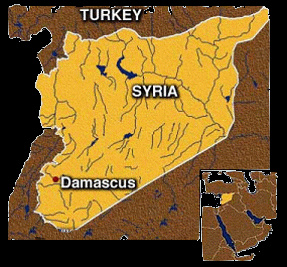 THERE ARE MANY CITIES who make the claim to be the oldest continues populated city on Earth. There can only be one.

There was a city called "Crocodilopolis", on the Nile.  The first records of its existence dates to 4,000 BC.  Later, the Egyptians called it "Shedet".  Today it is part of the city of "Faiyum".  The people in "Crocodilopolis" worshipped the Crocodil God "Sobek".  It was a living corcodil they covered with Gold and Gems and called "Petsuchos".  When the Crocodil died, they just replaced it with another living one.

There are other claims to the title of the oldest continues populated city.  There is "Erbil" in Kurdistan of Iraq.  They claim settlements since 6,000 BC, and "JERICO" which claims 7,000 years of continues population - - but it appears as these cities were abandoned for several centuries.

And than there is Damascus Syria.  They can show continues, uninterupted setlement since 6,000 BC.  There has been archeological digs at the Northern part of Damascus, where there have been found camps or small settlements dating 5,000 before that {13,000 years ago}.  I think that should be the official winner - - BUT, than again, we have ruins in the Americas and South Africa which could date back 30,000 years and more.  Of these ruins, we know very little.