THE ORIGIN OF THE CHRISTMAS TREE 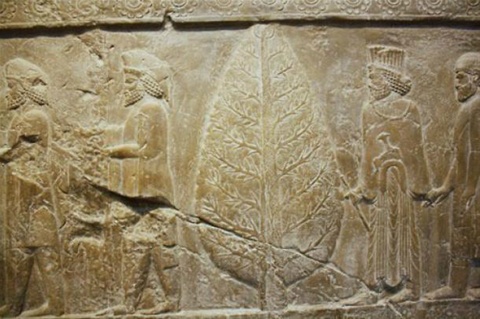 THE HOLY DIETY  Mithras was boorn on the 25th of december from a Virgin named Anahita.  The birth was witnessed by three "Wise Men" coming from afar, following a star.  After growing up, he was known to perform "Miracles" and heal the sick and the blind.  He was a great travelling teacher and Master.  He had 12 disiples.  He was viewed as the "Good Shepherd", "The Way", "The Truth and the Light", "The Redeemer", "The Savior", and "The Messiah". He was also identified as both the "Lion" and the "Lamb".  His Sacred / Holy day was Sunday, and called it "The Lords Day".  The religion that was created around him had a Eucharist or "Last Supper".  Mithras set his mark on the forehead of his soldiers.  He emphesized baptism and he was born 700 years before "JESUS".

And - - - he may have been the originator of the Christmas tree.  Himself, and his followers, over the Centuries later insisted that people took a tree into their house and decorated it in the honor of his birth.

Sounds very familiar, doesn't it?  Should we dare wonder who copied who?