FREE ENERGY BY THE "BEDINI GENERATOR" 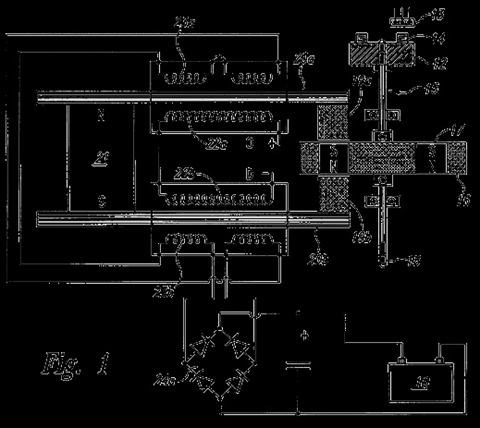 " FREE ENERGY"  - - What is it ?  Does it even exist ?  I think most people with at least a small mind of their own, and not having lived under a "rock" (the TV) will have to recognize the fact that we have been had by the Oil companies, electric companies, gas companies, battery manufacturers, and turned into a "Cash Cow".  There is evidense everywhere, but there is also fake "evidense" everywhere, and that is the energy companies' excuse:  "We have not seen any evidense of any real 'Free Energy'.  The answer to the question if there is "Free Energy", is "Yes" and "No".   The "No" derives from the fact that you may have to pay a few Dollars putting the equipment together, and the "Yes" comes from that from there on the energy is FREE.

One of the older "Free Energy" patents are the John Bedini Free Energy Generator.  You can see and read about the drawings, scematic and description at the U.S. Patent Bureau under Patent Number: 6,392,370.  John Bedini and his inventions dates back to 1980.  The generator was patented on May 21,2002.  It is called a "Device and Method of a Back Electro Magnetic Force (EMF) Permanent Electromagnetic Motor Generator".  A "Permanent Elecromagnetic Motor", means there are permanent magnets positioned in a circle, one inside the other one, and places in such a fashion that one row pushes against the other row to create a rotating motion - - torque.

From reading the patent papers, it is described like this under "Field of the Invention": "The invention relates generally to the capturing of Electro Magnetic Energy using a method and device to create Back EMFand re-phasing of the back EMF to recycle and capture the available Back EMF energy.  Back EMF is also referred to as regauging and may be defined as energy created from the Magnetic Field from coils, and only by coils, and not by magnets".  The recycle and capture part of the description is important.  Recycle, means that once the Electricity has done its work, it is being recycled and can be used again.  This way we will have an "Over Unity Effect".  With other words, it produces more energy than it uses.  There are many people who has built these generatios for themselves, and are happy with it.  Than there are people who has tried to build it, and could not make it work for some reason.  And of course, they becomes the detractors.  It is all about following accurately the schematic.  Actually, it is not that difficult to make, if you understand Electrical Schematic.  If you build a decent size one, you can power your house.  I am also placing a picture of a Bedini Generator, created by a school girl, in the Picture Gallery on page 27 of my Free Blog.  She created this as a battery charger, to charge a battery from "dead" to full charge, with no input of energy except for what the generator creates.  AND  IT  WORKED.  Do alittle research on this, and you will be amazed.