RESURRECTION AFTER DEATH HAS HAPPENED MANY TIMES 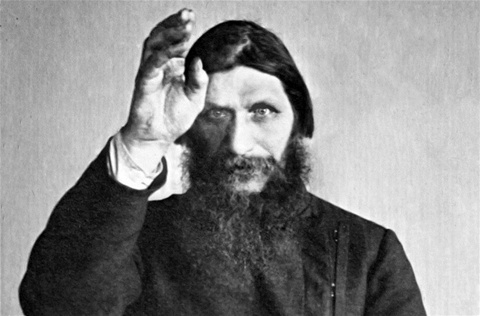 WE ALWAYS have heard that when we are dead, we are dead.  Well, maybe not soo.  We hear about this "Jesus", that rose after 3 days of being dead.  History show that he was not the only one.  There are records of many people who has risen from the dead.

In February 2010 there was a 45 year old woman in Cali, Columbia who died from an illness.  The doctor at the medical clinic signed off on the Death Certificate and later in the day had her transported to a Funeral Home.  She arrived there, and early the next day, the funeral technition started to prepare to inject her with the Formaldehyde to preserve the body.  Write at that moment the woman woke up and started breathing.

In July 2011, an 80 years old man in Eastern Cape in South Africa died from complications from Astma.  Within the next several hours they had him transferred to the Morgue.  They put him in a refrigerated compartment to cool.  The story reads that he was transferred from there to a Funeral Home, and 21 hours after the family was there to discuss the arrangements.  The workers there heard someone yelling for help.  Thinking it was a ghost, they called the police and ran away.  The police officers cane and reluctantly investigated and found the old man alive.  The man told the police he was scared to death and very cold.

There are also some old stories of people who have died a couple of times.  Some of the stories date back several hundred years.

In 1308 in Cologne, Germany, the Scottish Theologian John Dunn Scotus died from Apoplexy.  He was buried in a Tomb in the chapel in the Fransiscan church.  Several years later, the Tomb was opened, and they found John outside his coffin.  It was obvious that after he was resurreced from his death, he was trying to open the door of the Tomb, but was not successful - - so he died - - again.

You may be familiar with Gregori Rasputin in Russia.  He was a good friend and confidant of the TZAR.  Raspitin was a Psychic, hypnotist and a magician - - and said to be an immortal, because no one could prove where he came from.  This could make sense, because he survivd death several times.  On June 29, 1914, a prostitute stabbed Raspitin in the stomach until his intestains came out and locked him in the room and left.  She declared: "I have killed the Antichrist".  A day later Rasputin was still around and resting comfortably.  No one actually saw him die in this incident.  On December 16, 1916, a group of people at a party fed him cake filled with enough Cyanide to kill a whole group of people.  It did not even face Rasputin.  An hour later the people got impatient and one man shot him in the back.  Raspitin fell to the floor and was not moving.  The people left to go somewhere else to celebrate.  An hour later they returned, and Rasputin was alive.  This enraged the people, and they shot him several times in the chest.  He than is said to quit breathing.  The people left again.  The day after, they found he was still alive.  They than beat him with clubs until he was not moving, tied his hands and wrapped him in a blanket and dumped him in the icy river. Several days later he was found in the river - - dead, but he had his hands free and stretched out.  This tells us he had woke up again and freed himself. The cause of death was listed as Hypothermia.  Of all things - - it was not the bullets in his chest and one in his forehead, the beatings, the Cyanide and the prostitute's knife that killed him, but the icy water.

Later, when they took the body out into the woods outside St. Petersburg to burn it, witmesses made statements that he sat up and moved around in the flames.

I know this sounds strange, but do your research and you will find more strange things.         Have fun with it.  - - - And yes, this is Rasputin's picture.