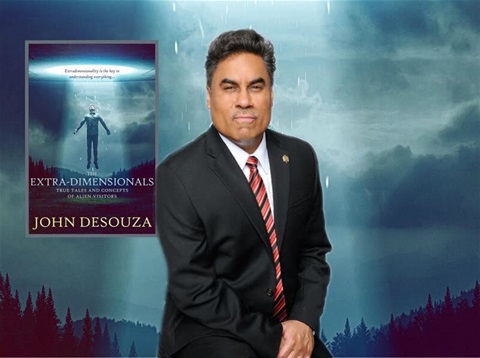 THIS IS AS CLOSE TO "DISCLOSURE" AS YOU CAN GET:  JOHN DESOUSA was a Special Agent for the FBI for 25 years, had a TOP SECRET clearance, and access to the GOOD STUFF we all want to know about.  And on this Radio Show, he "spills the beans", of what the FBI knows about UFO's, Interdimensional Aliens and the Paranormal.  He also gives us a Government Web Site where we can go and read about all the things we are not supposed to know about.  And yes - this includes what they know about UFO's, Aliens and their collected "X-Files".  Unofficially, he "may" have been the one who leaked the FBI's files on Paranormal occurances to the Producer of the TV Series: "The X-Files".  Of course, this can not be confirmed, because it would have been illegal.

LISTEN TO THE SHOW HERE: https://soundcloud.com/bolradio/the-universal-consciousness-show-10917-john-desouza-ex-fbi