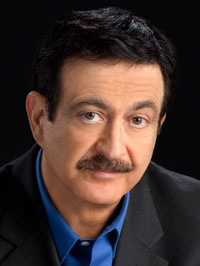 THIS COMES OF THE "Coast to Coast" Radio Show Web Site.  You should visit there sometime.  They have some really interesting things there. Here is their site to visit: https://www.coasttocoastam.com/

Here is the Video of the Flying Humanoid in Mexico: https://www.youtube.com/watch?time_continue=37&v=VsE1oR0z5aY

Here is what Coast to Coast say about it:

A weird video from Mexico has gone viral as some believe the footage shows a flying humanoid hovering in the sky, but not everyone is convinced.

The strange scene was captured in the city of Mexicali by a motorist who caught sight of the weird tubular anomaly, that, at times, looks like a person either with their legs extended or in a sitting position.

As one can imagine, the fantastic nature of the footage has led some UFO enthusiasts to conclude that, indeed, it is a flying humanoid, possibly of the extraterrestrial kind.

Since such UFOs are represent something of a rarity, the video has seemingly sparked the imagination of many online as the footage has spread like wildfire over the last few days.

Skeptics, however, have stepped forward to put a proverbial pin in what they see as likely to be a literal balloon.

Specifically, scrupulous UFO video analyst Scott Brando says that the 'flying humanoid' in question could have simply been a stormtrooper balloon that got away.

Before UFO fans roll their eyes at what sounds like an almost dismissive answer, Brando, to his credit, actually found footage of just such a scenario unfolding and it does bear an uncanny resemblance to the Mexicali flying humanoid.

Nonetheless, the case, of course, remains unsolved until either a spaceman lands somewhere near Mexicali or someone stumbles upon a deflated stormtrooper balloon flapping in the breeze.

What's your take on the odd video? Flying humanoid or runaway stormtrooper?