AN ALIEN SPACE CRAFT CRASHED IN TEXAS IN 1897 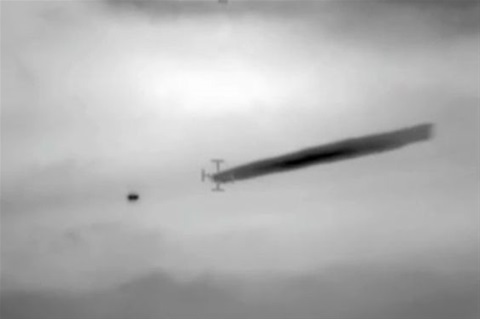 IN 1897 AN ALIEN SPACECRAFT CRASHED IN AURORA TEXAS:

On April 17th, 1897 a  large, cigar-shaped air ship crashes into small town, and a deceased alien, strange looking, body is recovered and buried.  If you are a Texan, you may remember the Alamo, but you may not remember the time that huge spaceship crashed in Aurora, Texas, killing the alien pilot inside.

Unbelievably, there have been many reported alien UFO crashesOpens in a new window over the years, from before and after Roswell, and one of the more amazing cases ever occurred as far back as 1897, well before planes, drones, satellites, or Elon Musk rockets could be misidentified.

According to local news reports as well as eyewitness reports, a large, metal cigar-shaped mystery craft crashed into a windmillOpens in a new window. Inside the ship was a dead body that, according to witnesses, did not appear to be human and could have even been from Mars. The townspeople buried the body, and the rest is history.

Since the event, there have been many accusations that the story was hoaxed, all in an effort to drum up publicity for a dying town.

However, there is no direct evidence that anything was hoaxed, just that different witnesses reported different details about the event (common with witness testimony), and it is important to note that other sightings of "mystery airships" just like the one in Aurora were well documented in the US during this time frame!

As always, you  be the judge on whether or not you think an alien spaceship really crashed in Aurora, Texas in 1897! Share your theories on this story and more in the comments on this web site.

Do you live in Aurora, Texas, or know someone who does? Do you know anything about this famous UFO case? Help crack this unsolved mystery and share what you know!